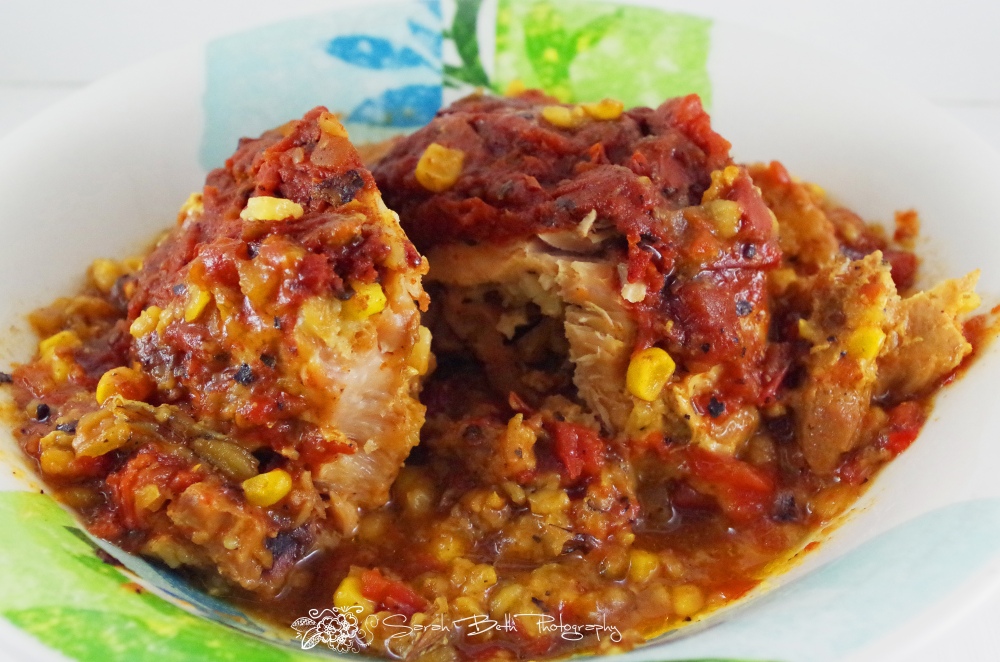 As with many foods out there in the big wide grocery store, pork is one of those things that I just don’t get along with or care for.  But with time and the need for something different, I’ve been slowly adding things into my kitchen that I normally wouldn’t eat.  Things like spinach and turkey.  Pork is one of those ingredients that is wiggling it’s way into my life without me really thinking about it.

Every week, my store has amazing deals in the meat section.  Some weeks it’s steak, others it’s boneless skinless chicken breast.  And every so often I find myself eyeballing the pork loins or chops that are on major sale.  This time around, I was making up a recipe for a dear friend of mine, Candy.  She LOVES “poke chops” and she was looking for more recipes using her Crock-pot.  So I picked up a pack of chops, enough for 1 batch in the pot and another in the freezer for a later date.

I wanted to make sure the recipe was easy for her to put together.  She’s a busy gal but we all have to eat right!  So I started with her chops and I went from there.  I personally love to stuff chicken so it wasn’t much of a reach to do the same with the chops.  I also wanted to ensure that the dish could actually stand-alone if need be.  Veggies and sides are wonderful when you’ve got the time, but if you’re doing a Crock-pot dinner, chances are, you’re not planning on cooking more than what’s in the pot.

I grabbed my staple vegetables, bell peppers and onion, and added a little corn.  For the hearty filling, I added wild rice and bread crumbs.  Don’t forget the seasoning!  A little Mrs. Dash gives it a homey taste for me and then some salt and pepper to do the trick.  Then to top it all off, I used a can of fire roasted tomatoes to give it just a little kick while acting as the liquid in the Crock-pot.

The most complex part of the whole dish is just cutting the pockets in the pork.  Once that’s done, all you have to do is throw it all in a bowl, stuff them, pin them shut and set it on low!  You’ll come home to a plentiful, spicy dish that is very inexpensive.  It doesn’t get any better than that!  You can serve it with a green salad or if you’re actually feeling up to more cooking, you could roast up some green beans on the side.

Cook on low for 8 hours.